Alain Resnais and the cinema of memory

‘You saw nothing in Hiroshima.’
‘I saw everything. Everything.’


I first saw Alain Resnais’ Hiroshima, Mon Amour in my late teens, in an art-house theatre of my home town. I don’t remember which one, but I do remember that it was a very bad copy, so much so that you couldn’t tell which cuts were deliberate and which accidental (I later learned to recognise this as Resnais’ unique editing style). The film still made quite an impression on me. Thanks to an older sister who had a passion for cinema and the more than decent range of films available on Italian television, I was a literate viewer whose taste and knowledge weren’t confined to the latest releases, yet it was one of those occasions – we all experience a few of them, but not many – in which I thought, ‘Cinema can be different. Cinema can be this.’

Yet, I didn’t get to see Last Year at Marienbad and Muriel until much later. Night and Fog later still, in my thirties. Resnais’s work just wasn’t fashionable or popular when I was a young man, and I can only speculate on the reasons, based on the standard criticisms that have resurfaced this week in the obituaries: that he wasn’t political enough, for he focussed solely on middle-class characters and concerns; that his films lacked emotional depth; that (some of) his films were deliberately difficult, if not incomprehensible.

I find all of these charges absurd. There is no lack of feeling in Hiroshima. The oft-derided Marienbad has a plot you could summarise in twenty words (‘At a luxury hotel, a man tries to persuade a married woman that they had an affair the year before’), and is as ferocious in its portrayal of the French upper class as Renoir’s The Rules of the Game. And the layered meditations on memory that are the hallmark of Resnais’ entire body of work, especially of his early masterpieces, are nothing if not political. 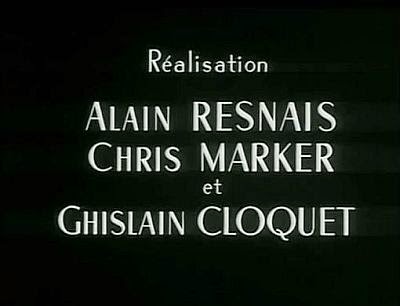 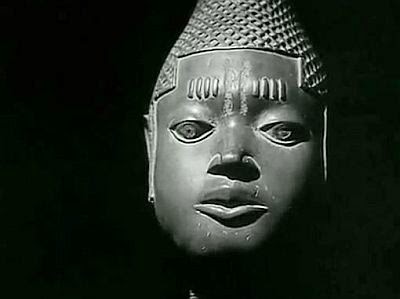 I came to Resnais late and in a patchy way, for I had to wait for films to become available to me. Some remained elusive for years. Nowadays, I can go on YouTube and watch one of his very first pieces of work, Les statues meurent aussi (‘Statues also die’, 1953), a documentary on traditional African sculpture which he made on commission with Chris Marker and cinematographer Ghislain Cloquet. Immediately the connection between memory and politics is laid bare, as the documentary veers from the lyrical description of the artworks into a critique of colonialism, which resulted in it being censored by the French authorities for over a decade.

That pattern of setting the past critically against the present would be repeated in his subsequent documentary work, particularly in the important and celebrated Night and Fog (1955), a devastatingly clinical documentary on the Holocaust, framed by contemporary footage shot by Resnais at some of the camps. These – not yet memorialised or turned into museums – lay in a state of desolate abandon, surrounded by mud and unkempt grass. The effect of the frame is to drag the historical event into a present tense of omission, forgetting and elision, casting the shadows evoked by the film’s title onto society’s capacity to process its own collusion and guilt. In a grimly ironic twist, the state censors intervened on Night and Fog as well, forcing Resnais to conceal the details that identified one of the camps as being run by French gendarmes during the Vichy government.

Hiroshima, too, was initially going to be a documentary, but the script turned in by novelist Marguerite Duras was for a feature, albeit one that opens with a long, harrowing visit to Hiroshima’s Peace Memorial Museum. From then on, the affair between a French actress and a Japanese architect becomes a palimpsest against which to dramatise the displacement of memory; he, doubting her capacity to see or remember anything about Hiroshima; she, recalling and projecting onto him her first love, a German soldier in occupied Nevers.

If we discount the documentaries, Resnais’ trilogy of memory – Hiroshima, Marienbad and the 1963 family drama Muriel – can be read as a single continuous and coherent work, in spite of having been scripted by three distinct and very dissimilar writers: Marguerite Duras, nouveau romancier Alain Robbe-Grillet and poet Jean Cayrol (who had already written the narration for Night and Fog). Central to all three films is the problem of how to remember, but also of what we are expected or instructed to forget. Hiroshima and Muriel are about Vichy collaboration and the Algerian War in spite, or possibly because of, the prohibition on those subjects – hence the displacement. Marienbad is about the meticulous, forceful construction of a likely false past. Punctuating these themes was not only Resnais’ exhilarating editing style, but also the visual depiction of the films’ key locations: reconstructed Hiroshima, with its uncertain, maze-like topography; Helene’s apartment in Muriel, with its jumble of antique furnishings and artefacts; and, above all, the hotel of Marienbad, a true architecture of forgetting. 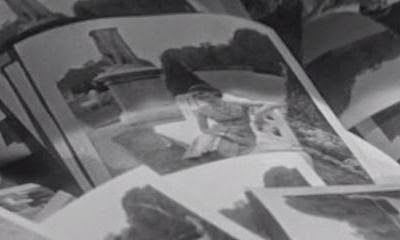 Alain Resnais, who died this year, put in another two or three regular careers’ worth of filmmaking after Muriel, including a prize for film innovation for his final work, conferred to him at this year’s Berlinale. But it’s the daring, radical body of work of that first decade – from Night and Fog to Muriel – that qualifies him as an exponent of the cinema of memory equal to his friend and Rive Gauche colleague Chris Marker. And that is something to be remembered by.