Luke Harding and the spy as editor

I was writing a chapter on the NSA’s close, and largely hidden, relationship with Silicon Valley. I wrote that Snowden’s revelations had damaged US tech companies and their bottom line. Something odd happened. The paragraph I had just written began to self-delete. The cursor moved rapidly from the left, gobbling text. I watched my words vanish. 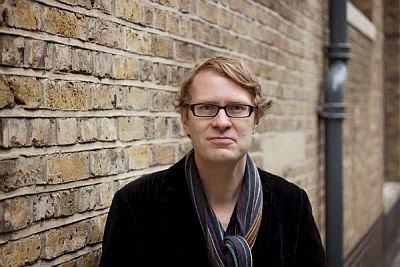 It’s a wonderful image, that of a paragraph deleting itself in the act of being written. That it belonged to a book about spies and surveillance only adds to the frisson, like when Amazon deleted copies of a book from thousands of its customers’ Kindles without so much as a warning or an explanation, and the book in question turned out to be George Orwell’s Nineteen Eighty-Four. I believe that’s where the phrase ‘you couldn’t make this shit up’ originally comes from.

It’s ironic. Of course it is. The problem is what to do with all this irony. Luke Harding did his best to appear unfazed by it, and started leaving messages in the text which made him sound like a passive-aggressive flatmate whose food keeps disappearing.


Good morning. I don’t mind you reading my manuscript – you’re doing so already – but I’d be grateful if you don’t delete it. Thank you.

What is so disarming about this story and others like it is the absurdly quotidian nature of these encounters. The spy nowadays sits at a desk, petulantly deleting paragraphs in which you talk about them directly (such was the case with Harding’s book). The spied-upon in turn has nowhere to run – there is nowhere to run – and starts leaving his own bitter little messages, like post-it notes on a fridge. Yet I confess that conversation interests me more than the urgent and topical content of Harding’s book. The spy who deletes. The writer who writes back.

What is also tritely, exhaustingly ironic, in the context of the NSA revelations and every political thriller since Enemy of the State, is that users of social media effectively write their own surveillance reports. ‘Subject got up and consumed hearty organic breakfast.’ ‘Subject expressed unsavoury political views after reading article in the morning’s paper.’ Tweet-length entries in a drab chronicle of life beyond the cyber-curtain. And on top of that, we secret-police one another. ‘I remember that thing you said two years ago, in fact, I have kept a record of it.’ It’s all filed in a myriad archives, and yours and mine can be just as sinister as those that belong to the NSA, Google or Facebook.

You’ll recall what happened with Facebook. For years we all posted on it as it if weren’t an archive, because it wasn’t: there was no timeline nor search function. Then came Timeline, which made it possible to browse your life as you spent it on Facebook, unless you bothered to go back and delete large chunks of it in a brief time window after the introduction of the new future. This put users in front of two equally unpleasant options: revise and self-censor, or have your own barely authorised biography suddenly published under the imprint of Mark Zuckerberg. With a casual insult added to the injury: the implication by a host of commentators and Zuckerberg himself that you should have known all along that it would come to this.

That’s what makes the image of the self-deleting paragraph so haunting. It’s a perverse inversion of how things are supposed to work. Deleting information should always and only be something that happens by accident, never on purpose, not even the purpose of an adversary. Even our enemies should want us to keep writing more and more things, the better to surveil us with.

It happened to me once, on my first personal computer, an Atari ST, in the days before networking and the internet. I remember the mild sense of panic, as the line I was writing started vanishing at the other end. I also remember opening files on corrupted floppy disks – the machine didn’t have a hard drive – and finding that entire paragraphs had been replaced by Xs. It felt like I was being redacted by an unseen censor.

The most secure way of backing up information at the time was to print it. This is how I migrated the few pieces of writing of mine that warranted it when I bought my first DOS-based machine. I waited and waited for my dot-matrix printer to churn through the pages (that noise!), then manually copied what I was working on onto new files and stashed the rest on a bookshelf. Which is to say that there still was work involved, back then, into keeping digital information alive and current. Almost a scribe’s worth. Now it takes comparable effort to get rid of it. And if you spend as little as a week without writing something, Twitter will start sending you emails, as if to say: ‘Are you okay?’

I wonder about the motivation of Luke Harding’s NSA monitor, assuming it was really a spy and not a glitch that ate into his paragraph. What if there was no malice in that gesture? What if he just wanted to communicate with him, offer some free editing advice? Perhaps the best, the kindest thing we can do for one another is to delete the things that don’t need to be said.